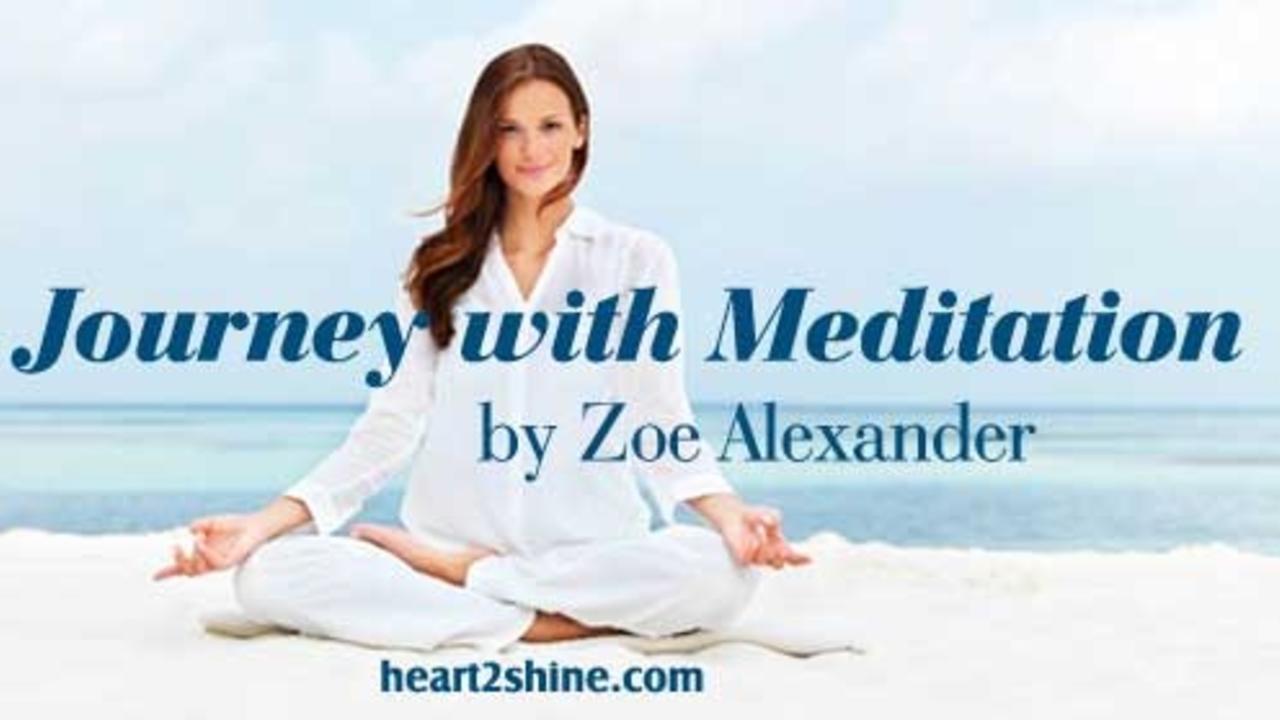 My journey with meditation first began when I tried meditation in my first year at university. At this point I was suffering from depression, anxiety and recovering from glandular fever and chronic fatigue. I knew my mind was dysfunctional (I read A LOT) and knew that I needed to learn to train it.

The world was different back then. Meditation was considered completely alternative and my upbringing (whilst not quite ‘normal’) was not alternative.

My journey with meditation took me to my first class with one of my best friends. It was a Buddhist meditation class. We walked into a small room and sat on the floor beside the others, most of whom were Buddhist monks. We were so cramped in a tiny room that you couldn’t see the carpet. They all began to chant and gave instruction in a foreign language. My friend and I copied: eyes closed and approximating something sounding foreign. After 15 minutes, I was in an altered state. My body was buzzing with energy and my mind was calm for the first time in years. The monks smiled at me and pointed to an image on the wall, compelling us both to look: it was a photo of a man whose eyes had rolled into the back of his head. I was startled. It looked like something from a horror film. My heart raced and I started to shake with panic. One monk saw this and kept pointing at the picture saying, “Guru, guru”. This only made it worse. I was anti-religion at this put in my life and I’d researched all about cults and knew this was how one might work!

I know now that we had been to a chanting class and that having gurus in this tradition is normal. We were being ask to openly gaze and meditate on the guru. However, as none of this was explained in English, and we were young and pretty paranoid, it was time to find another class! This time, my friend refused to come with me…

My journey with meditation took me to my next class at a yoga school. I called the teacher and was told to “come along”, so I did. I was warmly welcomed into the established class and told to sit down. I was then instructed to relax, breathe and focus on my breathe for the course of the class- 1 hour. The class was silent. No further instruction was given to me and I sat there in a state of inner dismay- what was I supposed to be doing? Sit here for 1 hour? You’ve got be be kidding me! I thought. Watch my breathe? Why? It breathed all by itself! What was I to do?

I don’t know how I did it, thinking back, but I did sit there, in that darkened room with a room full of strangers, their eyes all closed, some snoring, whilst I was ignored by the teacher whose eyes were closed as she sat and smiled for an hour.

I needed to ask questions! When I did, I was told that there was nothing to instruct in meditation: I had sit and breathe and see what came up. What came up, I thought. Questions!!!! Questions come up! Isn’t that obvious? I realised at that moment that I needed a teacher that could explain things in a more logical and comprehensive way for my truly western mind.

For years I went to different classes, tried different meditation styles, listened to meditation audio programs and read many books.

I discovered that most meditation traditions came from the East and that although they differed in some ways, their essence was the same. As I learned to focus my practice, meditation began to help transform my mind and boost my overall health. I chose to practice simple mindfulness meditation, focusing on the breathe an now understanding why and what the benefits were. For me, it was the form that could most easily be extended out into everyday life an help me live more mindfully. Other forms, such as continually repeating the mantra “Ra” in everyday life may have been Ghandi’s choice (it’s reported that even whist in conversation he repeated “Ra” in his mind), always felt foreign to me and added content to my mind which I was trying to remove. Breathing, was something that I did know the body did naturally and I could comfortably learn to direct my mind to watch my breathe, even whilst speaking and whilst listening.

Meditation wasn’t the only form of mind training I did but it is one that helped change my life. The depressed, anxious and emotionally heavy person who started meditating has long been dead and in her place is someone who spends a lot of their life laughing! Something that no-one who knew me when I began would never have ever foreseen.

I believe that everyone should learn to meditate and become more self aware. It’s truly transformative and if I can learn to do it, everyone can.

Based on my journey with meditation, it will come as no surprise that I choose to teach mindfulness meditation in a simple, grounded, practical, mainstream way.  Learning to meditate is one thing; learning to discipline yourself to do it, is another.  In reality it’s easy to learn a technique but much harder to establish an everyday practice that allows you to get the life affirming benefits of meditation. That’s why in my classes, you’ll be taught technique AND coached on how to establish a home based practice.

Your Free Five-Minute Meditation is Here!

how our essences help you

questions from our readers

why you should meditate 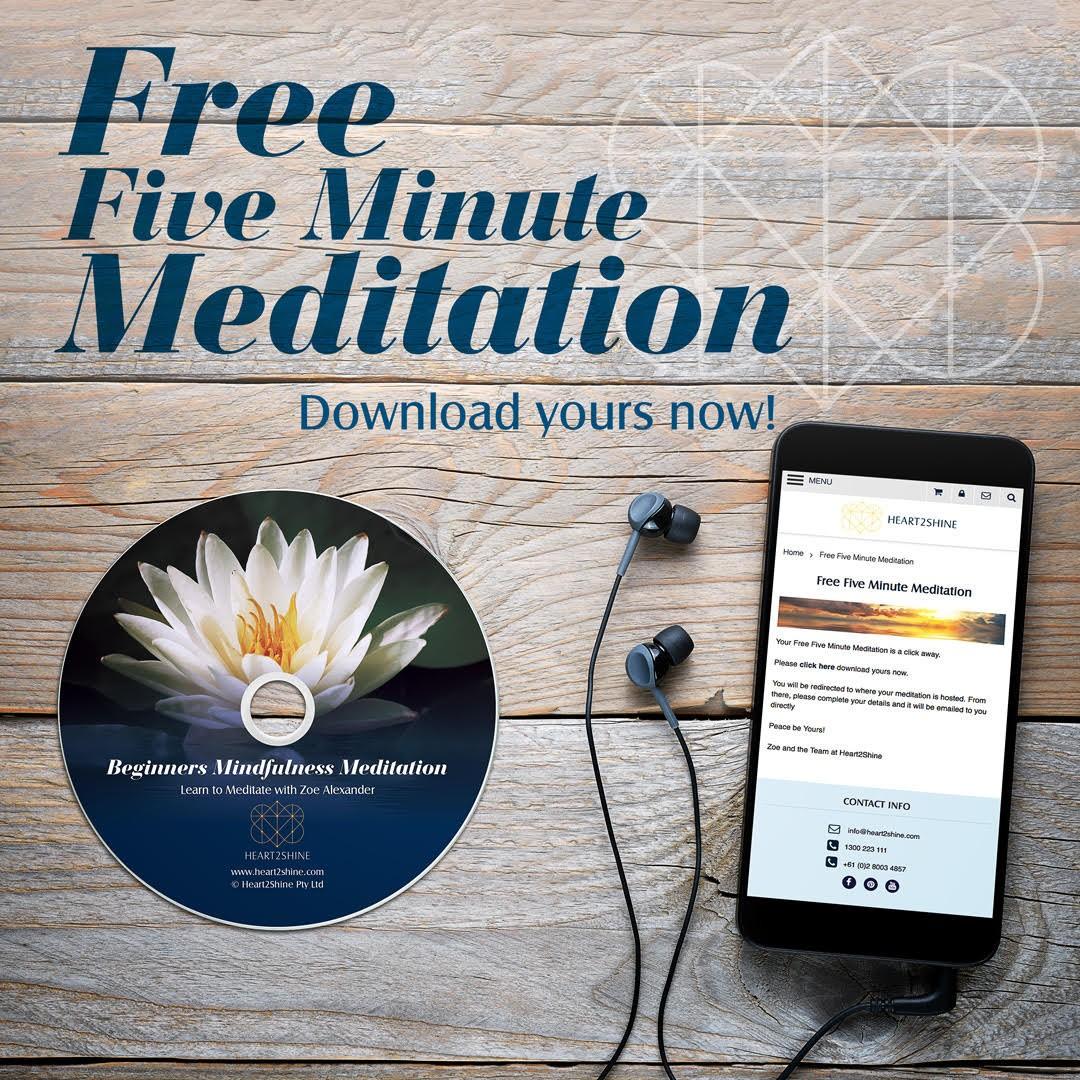 Enter your details below and your Meditation will be with you right away!